Talent INC & Acting Out Studio Based In Charlotte, North Carolina Continue To Successfully Develop And Market Actors of All Ages, Giving Hollywood A Run For Their Money

Mrs. Hejlik began Acting Out six years ago in California, where she grew up, then brought it to Charlotte, NC when her husband, Jason got a job there. Since then, Acting Out Studio has grown at an alarming rate and the studio space has gone from one room, to two, and now a second location has opened! 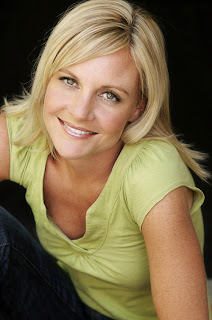 Kamber Hejlik is fueled by her passion for acting. How else would she have the energy to run an acting studio consisting of 200 students and growing, be a Talent INC director, and still make time for her husband and 3 daughters?

Acting Out Studio focuses primarily on acting for the camera, with year round classes offered in various levels ranging from I to III for ages 4 to adults. However, they also offer modeling classes, weekly camps in the Summer, birthday parties, and are host to many acting workshops throughout the year.

In addition to yearly classes, Acting Out students get to partake in the Talent INC development program. Participants from Acting Out audition through the studio and receive their development training from Kamber herself along with her 3-instructor team.

"Fun is the first and foremost objective at Acting Out Studio. However, for students who want to actively pursue their passions at a larger level, Talent INC is a great way for them to gain exposure and be seen by agents who would other wise not see them; it’s an amazing opportunity to get a foot in the door in a larger market" , says Kamber. 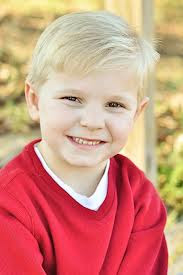 There are many success stories from students who have trained through Acting Out Studio and it’s Talent INC group. For instance, Brogan Hall, who began taking classes from Acting Out at age 6, participated in the Talent INC program. After blowing all the agents away with his rendition of Justin Beiber’s “Baby” which also won him an Overall Award, Brogan came back to Charlotte and began auditioning and booking jobs regularly. He has worked on projects both local and national, including Harris Teeter Grocery Store, Fox News, and Kioti.

Information on classes, camps, or the Talent INC program at Acting Out Studio can be found on the Acting Out website at www.ActingOutStudio.com or by calling 704-290-9054.

Posted by Talent Inc. Director at 3:03 PM No comments:

Talent INC President Joshua Meeks is providing a free seminar for aspiring talent in his home town in the Salt Lake City Utah area. Mr. Meeks grew up in Utah through High School and is so excited to be coming home to educate young talent. 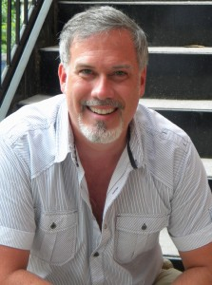 “I never knew how to break into the entertainment business and my parents could not help. Now I am able to come to my hometown and help families learn the realities of breaking into the business” Meeks said.
Meeks will be bringing Talent INC Founder and CEO, Scott Cooper to scout Utah talent and teach each person how to Audition for TV, Film, Print, and Runway.
Scott Cooper is one of the top industry leaders in talent development and discovery. He has started many careers that have worked in all aspects of the entertainment industry.
Models that Cooper has discovered have gone on to work for clients like, Abercrombie and Fitch, Hollister, Macy’s, GQ, Cosmopolitan, Elle, Seventeen Magazine, Sports Illustrated, Victoria Secret, Justice for Girls, Children’s Place and many more. Actors that have worked with Cooper have gone on to do projects like, Grey’s Anatomy, The New Beverly Hills 90210, Are We there Yet the series, Just Go With it, Homeland, Prom Night as well as many National Commercials. Mr. Cooper told us, “Talent INC is designed to help people know what is legit and what is not, how to sign with agencies and what they expect and how to take your career to the next level in markets like New York and Los Angeles.”

This free educational workshop not only teaches people how to audition, but it gives Talent INC executives the chance to see what talent is in areas all over the states. Talent INC has become so beneficial to agents and casting directors that they were invited over the last year to open offices in Toronto and London. It is the job of Talent INC to find great talent and introduce them to National and International markets. Meeks said, “It is not the fact that there aren’t talented models, actors, singers and dancers in Utah. The fact is that nobody in New York and Los Angeles know that they exist. We are going to fix that!”
If you are an aspiring talent and would like to take part in this free educational seminar it will be held at the Historic Murray Theatre, 4961 South State St. Murray, UT on Saturday, June 22nd. There are seminars at 10AM, 12:30PM and 3pm. You must call the Utah director Karli Grieder to save a spot as space is limited. (801) 828-6754.
Posted by Talent Inc. Director at 9:45 AM No comments: