The Reviews Are In: Talent INC Canada's Professional Series With Andrew Musselman is a Hit

The Reviews Are In: Talent INC Canada's Professional Series With Andrew Musselman is a Hit 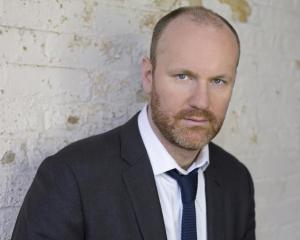 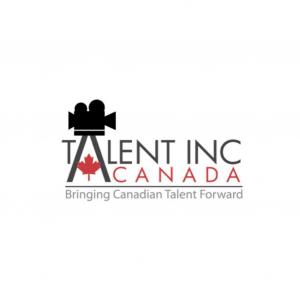 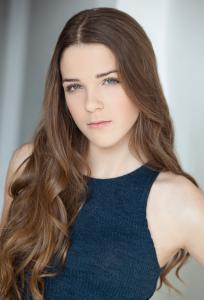 Andrew Musselman who has appeared on Reign, Suits and Orphan Black takes the helm in Talent INC Canada's newest course geared towards the more advanced actor.
I actually use a lot of his techniques when I am on-set...He creates the perfect environment to explore and learn”
— Actress, Micah Kalisch
TORONTO, ONTARIO, CANADA, June 20, 2017 /EINPresswire.com/ -- As Talent INC Canada enters it's 6th year of business, the owners John Stevens and Doug Sloan wanted to ensure their studio was a place where even the most advanced actor could feel challenged by instructors and course work.

"We reached out to our network of agents and casting professionals to ask for recommendations. We really wanted to shock the system and catapult our talent to a whole new level" says Stevens.

Mr. Sloan was quick to add, "One name kept coming up and that was Andrew Musselman. It only took one meeting and we were sold. He was exactly what our clients needed".

Born and raised in Toronto, Andrew Musselman is an actor, writer and producer. In addition to his numerous television and film credits, Andrew has acted on stages in Canada, the United States and Europe.

Mr. Musselman had this to say about working with Talent INC Canada, "John and Doug have created a nurturing and supportive environment where young actors can push themselves to excel and to deepen their understanding of what it means to be an actor. Their passion and dedication have made it a joy to be part of the Talent INC Family".

Some theatre highlights include "Catalpa", which, in addition to touring internationally, earned Andrew a Dora Award nomination in Toronto; the world premiere of "These Paper Bullets!" at Yale Rep Theater, written by Emmy nominated, Pulitzer finalist Rolin Jones, with original music by Billie Joe Armstrong (while at Yale, Andrew was awarded a Beinecke Fellowship from Yale School of Drama); and the world premieres of "Greenland" and "Butcher", written by Governor General Award winning playwright Nicolas Billon.

He has played Romeo on a tour of Ireland, both roles in "Stones in His Pockets", as well as the New York and the London Fringe Festivals, winning the award for Best Solo Performance at the latter.

Andrew resides in Toronto and when he is not acting or teaching at Talent INC Canada he spends his spare time fleshing out his writing portfolio with original screenplays and series concepts.

"Andrew's scene study class is getting rave reviews and offers developed students the opportunity to meet with entertainment industry professionals once a month for in-depth feedback on their work and an opportunity to get their questions answered by the people who are molding our industry today" explains Talent INC Canada's Production Coordinator, Kate Peters.

The reviews are in on Talent INC Canada's Professional Series with Andrew Mussleman. Micah Kalisch, a student of Andrew's says "After hearing Andrew speak at Talent INC Canada's National Conference, I immediately knew I wanted to receive training from him. Andrew has this incredible ability to take even the most complex concept, break it down into relatable terms and teach his students how to use these tools professionally. I actually use a lot of his techniques when I am on-set. What I love most about him is his overwhelming passion towards acting and actors and his eagerness to dive deep into a scene with his students. He creates the perfect environment to explore and learn".
John Stevens
Talent INC Canada (Ltd)
(647)748-7200
email us here
Talent INC Canada

Posted by Talent Inc. Director at 8:58 AM No comments:

David Naughton from the horror film classic, An American Werewolf in London speaks with actors from across Canada at Talent INC Canada's annual conference. 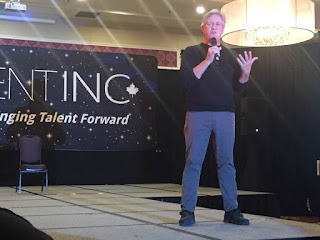 There's a lot of talent here!”
— David Naughton
TORONTO, ON, CANADA, March 28, 2017 /EINPresswire.com/ -- Talent INC Canada owners John Stevens and Doug Sloan pride themselves on attracting the most relevant and celebrated actors to attend their annual event. This past year was no exception with David Naughton at the helm as one of their keynote speakers."David is extremely generous and loves actors. We are very grateful that he took the time out of his hectic film schedule to be with us", said Doug Sloan co-founder of Talent INC Canada in Toronto, Canada.David spoke to the actors in attendance about perseverance, rejection and professionalism. Who better to make these points than a celebrated actor who has had such a vibrant career.When asked by actor Kurt Logan if Mr. Naughton had any advice for the actors from Talent INC Canada he smiled slyly and said, "Yes! Go see my films!"All joking aside, David told the students to, "Keep your enthusiasm. That is what has been infectious here for me to watch".David has several projects he is working on at the moment. He will be playing himself in the upcoming TV movie "Sharknado 5", and he also just finished working on "The Hatred" and "Do It or Die".When asked if he had any advice for anyone thinking about attending Talent INC Canada he had this to say, "There's a lot of talent here! People who are doing really wonderful stuff and who are committed to being actors. So come with an open mind and a lot of energy and you will have a great time"."I really appreciate how David didn't sugar-coat the industry and talked about rejection and dedication. I left his workshop with a better sense of self-determination", claimed actress Dawn Cooper, who was inspired by David's presentation. Talent INC Canada has already begun lining up their special guests for next year's conference which will take place in February of 2018. This will mark the 7th annual event for Talent INC Canada."We really want to thank all of our corporate sponsors who make memorable guests like David Naughton possible", chimed John Stevens."Corporate sponsors like Concord Specialty Pharmacy, Trinity Catering and Boom Breakfast and Company really make our guest line up sizzle with excitement", he added.Co-founders Doug Sloan and and John Stevens are traveling across the country throughout 2017 introducing actors to their training programs.
Posted by Talent Inc. Director at 12:37 PM No comments:

Naja Stanford shares her experience as a scholarship winner to the UK event for Talent INC!

Thank you, Naja Stanford for sharing your experience aboard The Independence Of The Seas for Talent INC UK's actors' conference! Check it out!
Posted by Talent Inc. Director at 10:26 AM No comments: